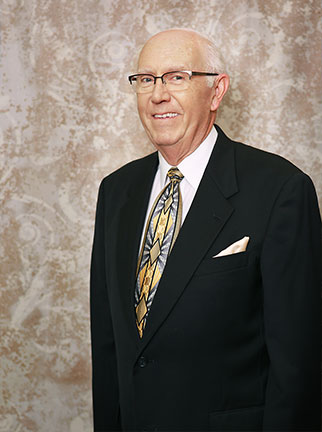 Dr. J. Preston Coleman is a graduate of Central Catholic High School in San Antonio. He had an unusual opportunity to complete his college requirements and his dental degree in five years. Dr. Coleman received his Doctorate of Dental Surgery in December 1968 at the University of Tennessee Health Science Center in Memphis.

Upon graduation from dental school, he began his professional career by joining the US Army. Dr. Coleman was stationed at William Beaumont Army Medical Center in El Paso for two years. There he was the oral surgeon at the Biggs Field Dental Clinic and was mentored by Dr. Harold Hargis.

Following honorable discharge and completion of his Army tour, Dr. Coleman returned to the University of Tennessee Health Science Center for his formal training in oral and maxillofacial surgery under the direction of Dr. Joe Hall Morris. He completed his certification in oral and maxillofacial surgery in December 1973. Dr. Coleman and his family subsequently returned to the Alamo city and opened a practice in North San Antonio in April 1974.

Dr. Coleman continued to pursue excellence in his chosen specialty by preparing and successfully completing his qualifications for the American Board of Oral and Maxillofacial Surgery. He was awarded Diplomate status in June 1975 after successful completion of the oral and written exams.

He has been involved in many years of service. Dr. Coleman served as an associate clinical professor of oral and maxillofacial surgery at the University of Texas Health Science Center Dental School in San Antonio from 1974 to 1997. He also served eight years as a consultant in oral and maxillofacial surgery at the Veterans Administration Hospital in Kerrville.

In the journey of their more than 50-year marriage, Dr. Coleman and his wife Sue Ann have been blessed with four loving children: April, Vanessa, Joanna, and Preston. They have also adopted two of their grandchildren, Jareth and George. The Colemans have eight grandchildren: Julea, Forrest, Jareth, Sophia, George, Blaise, Preston VI (born on Cinco de Mayo 2017), and Jackie.